Trans* Rights - Disclose Your Gender History or it May Be Rape

The idea of transgender rights is not all that new. In many civilizations transgender, genderqueer, and in general gender minorities have been treated in certain specific ways. These customs may or may not have been codified into written laws but they can be seen as conventional laws or practices. However it is relatively new to our society and as such, there are no rules on how treat individuals who defy our gender norms and it seems that the law is struggling to keep up.

In the United Kingdom there has been a flurry of recent cases (here, here, and here) that all have to do with gender representation and how it affects sexual activity. Particularly, these cases revolve around issues of consent. These cases are important because they are setting the legal precedent for future cases, and unfortunately it seems that they are finding it to be a criminal offense to have sex with someone without disclosing your 'gender'.

Asexy and Who Cares?

This week is Asexual Awareness Week, I keep seeing posts on the internet, mostly Tumblr, about how a lot of Asexuals felt like they were "broken" before they learned of the more clinical term, and of the supportive online community. The Asexual Visibility campaign has been gaining a lot of traction. Seems like every few weeks there's another article somewhere about it. Which is cool. More people knowing about it means fewer people think that they're "broken". Trust me, I've been there and it sucks.

But the fact remains that the Asexual Visibility movement doesn't have a goal to attain other than visibility and general acceptance. Both of those are admiral, lofty and ambiguous as they may be. It could be argued that Aces don't need to worry about visibility, that they don't need to campaign not to have sex. And many Asexuals would agree. They don't bother to come out, since it only affects themselves. 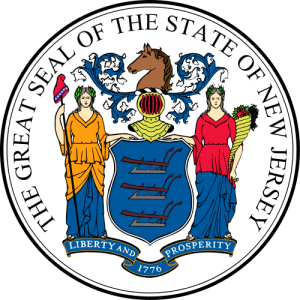 As I hope many of you have heard, earlier today New Jersey became the 14th state to allow same sex couples the right to marry! After many years of hard work by organizations like Garden State Equality, the courts ruled that same sex couples were being denied an equal right and ordered marriages to start today October 21st.

After petitions from both Governor Christie and many in the state legislature, the Supreme Court of New Jersey decided to consider the appeal filed by the State before today. Friday afternoon they finally released their decision to allow the marriages to start and refused Christie's appeal for a stay. It was an exciting moment and it led to even more exciting moments all day today as couples from all across the state- previously denied the joy and privilege of being married- finally realized their dreams.
Read more »
Posted by Unknown at 10/21/2013 08:00:00 PM No comments:

What's Wrong With Being Poly? Nothing!

In modern Western society, we've seen a great emphasis placed on marriage. Lately, with all the talk surrounding the marriage equality movement, it has become a very divisive issue in the public consciousness. In engaging in the ongoing public debate, an extremely common argument made is that allowing same sex couples would lead to all sorts of things like people marrying objects or people marrying animals OR people marrying more than one person.

So the first two make absolutely no sense whatsoever, as neither objects nor animals can consent so...that is really a non-issue. Despite this whole argument being a "slippery slope" fallacy, I would like to take this opportunity to challenge our boundaries on the third.
Read more »
Posted by Unknown at 10/21/2013 04:52:00 PM 2 comments: 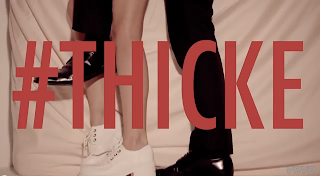 So I have been off the grid for a lot of the summer. Been busy doing some campaigning in my home state back in the U.S., but now I'm back and I have this thing that I absolutely must address: I'm sure most, if not all, of you have heard about this song by now (I am very late to this party) - "Blurred Lines" by Robin Thicke and features TI and Pharrell. It was and still is a pretty popular song. For those of you who are fans please listen to what I am saying.

If you identify as a feminist, or just as a person who is against rape, or against violence against women, or just in general think that consent is a needed for sex to happen between two people, you should not like this song! Its catchy. I'll admit to being lured in by its beats and listening to it before I knew the message behind it.